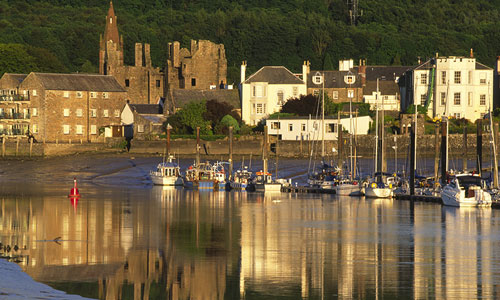 In recent years, marine legislation has been enacted throughout the UK that introduces a new system of marine planning. The UK Marine and Coastal Access Act came into effect in 2009 and the Marine (Scotland) Act was introduced in 2010. These two pieces of legislation govern marine planning for the Solway Firth given its administrative boundary between England and Scotland. The Solway lies in close proximity to the Isle of Man and Northern Ireland which also have their own systems of marine legislation and management. Wales and Ireland bring the number of administrative jurisdictions in the Irish Sea up to six making this a particularly complex area.

Given its very broad membership, Solway Firth Partnership does not normally adopt a lobbying role and, on the contrary, often acts as a neutral facilitator and mediator between interests. However, such was the strength of feeling that the Solway Firth should not be divided for marine planning purposes, that the Partnership led a sustained campaign for the area to be treated as a single entity for marine planning purposes. This work resulted in a Joint Statement in 2009 by Huw Irranca-Davies MP, then Minister for the Marine and Natural Environment, and Richard Lochhead MSP, Cabinet Secretary for Rural Affairs and the Environment committing to a joined up marine planning process across the England / Scotland border.

Ministers committed to ensure that different arrangements across the national boundary would help rather than hinder the realisation of the shared vision set out in the Marine Policy Statement and pledged to ensure:

Joined up stakeholder consultation and liaison between Scottish and UK authorities throughout the planning process;

Publication of plans under cover of a single document;

Plans to achieve a “seamless” approach to marine spatial planning for the Solway Firth within the context of the Marine Policy Statement;

Plans to clearly articulate how they interact and integrate.

The Department for Agriculture, Environment and Rural Affairs is currently developing marine plans for both the inshore and offshore regions, which will be published as a single document, the Marine Plan for Northern Ireland. This will provide more detailed, area specific guidance on marine issues.

The Welsh Government is preparing plans for the inshore and offshore Welsh regions to be published as a single document – the Welsh National Marine Plan (WNMP). Its purpose is to guide the sustainable development of the Welsh marine area through the sustainable management of marine natural resources. The Welsh Government is currently formally consulting on the possible merits of sub-national marine planning. Once approved by Welsh Ministers, the aim is to publish the first WNMP in 2019. 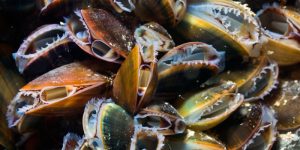